Originally published by the San Francisco Chronicle on 9/2/2020 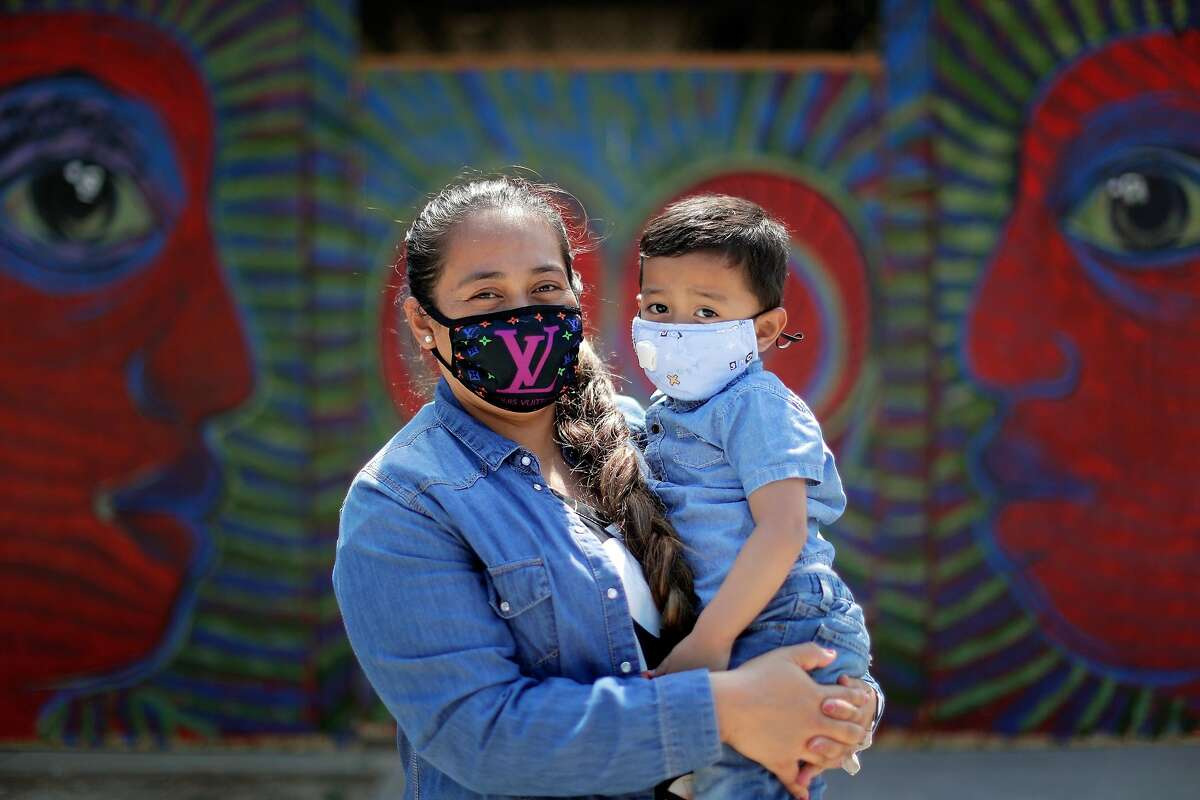 She said she would toil from 6 a.m. to 9 p.m. with few breaks and then get paid for about six hours of work per day.

“I’d just look at the checks and say, ‘How is it I’m working so much and I’m getting paid so little?’” she said in Spanish through an interpreter. “I didn’t even know there was a minimum wage; I didn’t know they needed to pay me overtime.”

Such egregious violations and unawareness of rights are all too common among San Francisco domestic workers, according to a report released Wednesday by Rutgers University. It found that about half of all workers in private homes (cleaners, nannies, cooks and health care aides, for instance) experienced wage violations such as underpayment, not paying overtime and not providing required breaks — but fewer than 1% filed complaints.

Now the California Domestic Workers Coalition [which is housed at MUA] and Supervisor Hillary Ronen, who represents San Francisco’s heavily Latino District Nine, hope to change that. On Wednesday, they’ll announce a campaign to create a San Francisco Domestic Work Dignity Council that would bring together workers, employers and city representatives to set industry standards.

“We need to improve conditions for the people who clean homes, take care of our children and care for our seniors and people with disabilities,” said Megan Whelan, director of programs at the Domestic Workers Coalition. Her vision is that the board would promote standards for health and safety, a living wage, racial and social equity, as well as increasing education and training for both workers and employers. The Rutgers report “shows how marginalized an already invisible industry is,” Whelan said.

Domestic workers are particularly vulnerable to exploitation. They toil alone in private homes without colleagues and away from public view. They’re not covered by health and safety standards. They don’t have benefits like sick leave. They often have multiple employers. Many are immigrants, sometimes undocumented.

“The widespread violations are not being addressed,” said Ronen, who started her legal career representing domestic workers and day laborers and helped write the state’s 2013 Domestic Worker Bill of Rights, which mandates overtime pay. “Systems where people get the support and encouragement they need to come forward, don’t really exist for domestic workers. So much is behind closed doors. It requires really specific and different strategies to protect their rights.”

That’s why domestic workers need a voice — and outreach to encourage them to use it.

The Rutgers report shows that “assuming that vulnerable workers will complain is problematic,” said Janice Fine, director of research and strategy at Rutgers’ Center for Innovation in Worker Organization, who co-authored the report with Daniel Galvin and Jenn Round.

One potent strategy, she said, is focusing on egregious cases with “fines and penalties that are so significant that it sends a message across a sector so employers realize they must comply with the law. We’re looking for ripple effects.”

Having city agencies such as the Office of Labor Standards Enforcement enlist community organizations to reach out to workers, called “co-enforcement,” is the best way to elicit information about violations, she said. “Workers are the ones who know what’s going on, but will only talk to organizations they know and trust,” Fine said.

Maria Guillen, a retired city worker who lives in Daly City, has long hired a house cleaner and tried to treat her fairly, for instance, deciding together to use nontoxic products and contributing to portable benefits via the nonprofit Alia. She welcomes the idea of a standards board.

“This is a workforce that shouldn’t be hidden in the shadows,” she said. “There should be support to guarantee that they have dignity and respect — and fair wages.”

The pandemic and widespread unemployment have exacerbated pressures on workers.

“The level of economic desperation is a lot higher,” Whelan said. “If workers are undocumented, they’re not getting any kind of assistance like unemployment insurance. People feel forced to take jobs that might not pay minimum wage or overtime because they really need work right now.”

Liliana, for instance, has been working for several years, putting in about 55 hours a week cleaning houses in San Francisco through a woman who is a Dueña de Rutas — the owner of a cleaning route. She asked to withhold her full name as she fears retaliation from her employer and urgently needs to keep the work.

Some of the houses are three stories tall; some are smaller apartments. No matter the size, Liliana makes $40 per house. She brings in about $300 to $400 a week — averaging around $6 an hour.

Once, Liliana worked up her nerve to ask for more money. La Dueña de Rutas said if she didn’t like the wages, she should look for work elsewhere.

“I have looked, but for me there aren’t any other options, so I have to keep working for her,” said Liliana, speaking in Spanish through an interpreter. She did some cleaning through La Colectiva, a worker-owned collective, and appreciated that she was paid well, but during the pandemic those jobs have been scarce.

Liliana now gets called to work once or twice a week; her husband’s restaurant job has also slashed his hours. She, her husband and their 14-month-old share a three-bedroom Mission District apartment with six other people.

She’s thought about filing a complaint, but as an undocumented person, she’s afraid that her employer might report her to immigration authorities.

She hopes that San Francisco will address the plight of people like her.

“We are a community of women who are very hard-working, very honest, and I don’t want to see more of the exploitation that I have gone through,” she said. “We all should get access to more education about what our rights are as domestic workers and be able to make enough money so we can survive in this city.”

For Arana, the situation at her cleaning work eventually reached a breaking point.

At one cleaning job, she fell and hit her head and back, leaving her unable to work for a week.

“They said, ‘That’s not our responsibility,’” she recalled. She suffered a miscarriage after long, physically demanding days that included moving furniture. When she got pregnant again, she asked the company for a lighter schedule — and it fired her.

Her obstetrician referred her to the social-justice support group Mujeres Unidas y Activas (United and Active Women), where she learned about her rights. She filed a state Labor Commissioner’s Office complaint against the employer, but the company closed its office and didn’t send anyone to the hearing.

Still, she felt empowered by having spoken up and wants to help other workers avoid similar abuses.

“We all have rights,” she said. “It’s illegal for employers to defraud you and steal your wages in the way that happened to me. I want people to know they shouldn’t be quiet; they shouldn’t be afraid. We have to speak up.”