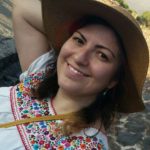 Lourdes comes to MUA after five years of working with several immigrant communities in the Bay Area and the Central Valley of California as a lawyer and legal trainer with the Immigrant Legal Resource Center (ILRC). Before coming to California, she worked as an immigration attorney at the Tahirih Justice Center in the Washington D.C. area, representing immigrant women fleeing gender-based violence. During her years as a law student, she worked in the criminal justice system representing criminal defendants and in the international human rights field in Latin America. Lourdes is originally from Mexico City and she moved to Texas with her parents and her sister when she was thirteen years old. She enjoys languages, drawing and painting, dancing, cooking and meditating.