We demand: Close the Camps and #DropICE

Here at MUA we are actively responding to threats of massive raids by the President, and in protest of the congressional vote that approved $ 4.6 trillion dollars to fund government agencies that are detaining and jailing thousands of immigrants, and terrorizing millions more throughout the nation. 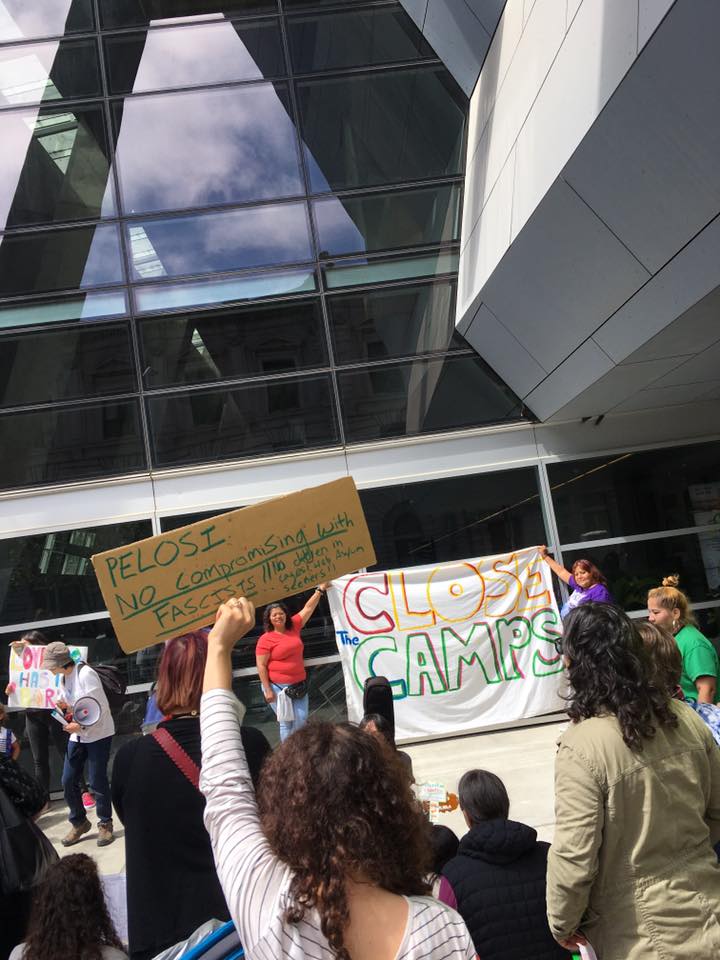 On July 1, MUA stood together with our allies at Hand in Hand: The Domestic Employer’s Network, La Colectiva de Mujeres, and Showing Up for Racial Justice (SURJ) at the offices of House Majority Leader Nancy Pelosi to demand that she do everything possible to unify her party around only one goal: Close Immigrant Detention Centers. That same day MUA participated in several interviews with the press and a press conference with leaders of the Interfaith Movement for Human Integrity, who met with the staff of the Congresswoman to share our message. The next day the MUA leaders continued to express their anger and demands as part of the National Day of Action organized by Families Belong Together and MoveOn. We occupied the streets in front of the offices of Senator Dianne Feinstein, and marched to the SF Federal Building together with over 1,000 other protesters to demand that our representatives stop the flow of funding to government agencies that are blatantly violating human rights. We continued to participate in actions at Congressional offices and at ICE throughout early July.

Today, on July 15, we are demanding that Amazon.com cancel its contracts with DHS and ICE.  Amazon should not provide webhosting to immigrant detention agencies and nor offer facial recognition technologies to ICE.  We ask allies to put pressure on Amazon to stop profiting off the suffering of immigrant families. It’s a #PrimeDay to #DropICE. 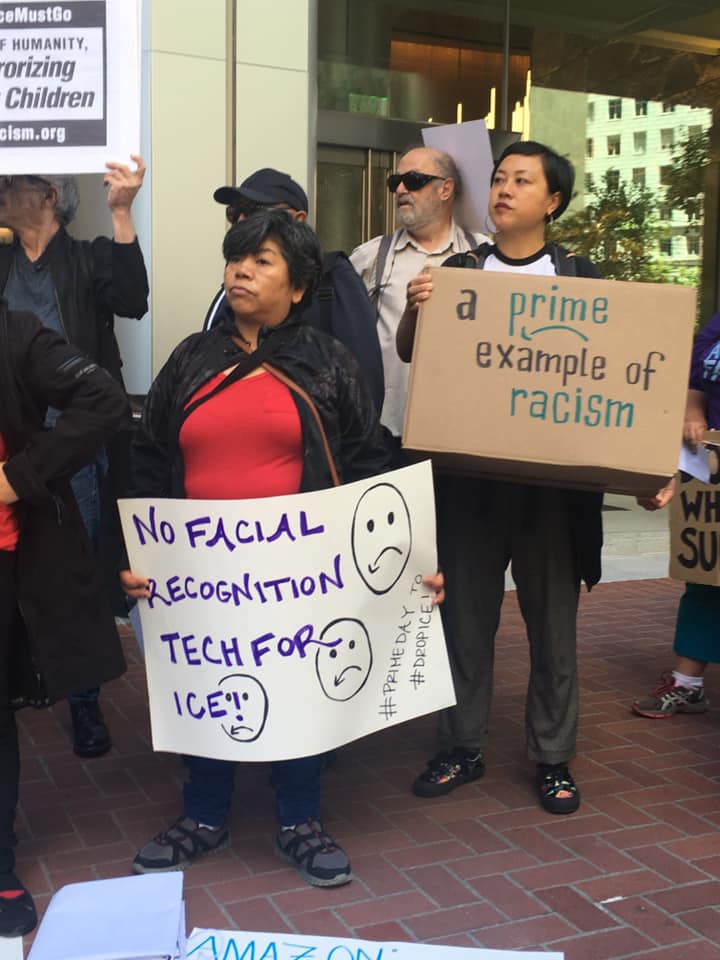