S.F. could be first to mandate paid sick leave for house cleaners, nannies. 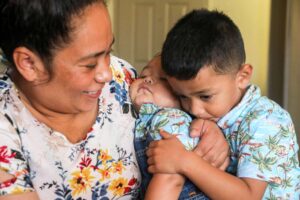 But if she didn’t clean houses, she wouldn’t get paid. So she went to work. She kept cleaning even as cramps racked her body. Then she began to bleed and eventually miscarried.

House cleaners, nannies and others who work in private homes rarely get paid sick leave, sometimes forcing them to choose between their health and their paycheck.

Now San Francisco is poised to become the first city in the nation to create a way for domestic workers to have paid sick days, via an ordinance being introduced Tuesday by Supervisor Hillary Ronen and co-sponsor Myrna Melgar.

The measure, called “Domestic workers equal access to paid sick leave,” would establish a portable paid sick leave benefit that would allow people who work for multiple households to earn slivers of paid sick leave from each employer and then consolidate them.

“This innovative, first-of-its-kind ordinance will bring equity and access to sick time to domestic workers,” said Kimberly Alvarenga, executive director of the California Domestic Workers Coalition, which will hold a rally and news conference across the street from City Hall on Tuesday afternoon to support the measure. “This essential workforce is especially vulnerable. During the pandemic, it became clear that they don’t have an economic safety net.”

An employer would pay one hour of wages into the fund for every 30 hours of service from a domestic worker. Employers who already provide paid sick leave at that rate would be exempt from paying. The Office of Economic and Workforce Development would oversee the program, finding a company to create an app for workers and employers to track the benefit, and publicizing it to employers. The measure needs several months to go through the legislative process. If it passes, it could take effect within six to 12 months, Ronen said.

“Proportionately, it would be very little money per employer, but in the aggregate it will give a meaningful benefit to some of the lowest-wage, mostly women and immigrant, workers in San Francisco,” Ronen said.

There is precedent for the approach. NDWA Labs, the innovation arm of National Domestic Workers Alliance, in 2018 created a program called Alia to handle portable benefits for house cleaners. Employers can voluntarily pay into it, pro-rated based on how many hours cleaners and others work for them.

An estimated 10,000 people in San Francisco work in private homes to clean, cook, garden, care for children, provide non-medical care for disabled people or seniors, or do personal organizing for at least five hours a month, according to census data cited by the ordinance.

Domestic workers typically earn low wages and have few, if any benefits. Working alone behind closed doors, they are largely invisible. Many are immigrants who may be fearful to speak out about workplace rights. They work in close quarters with employers so may be exposed to infection. Some 60% lost work last year, but most weren’t eligible for unemployment insurance, “due to misclassification, informal employment and immigration status,” the ordinance says.

Although San Francisco in 2006 enacted the country’s first paid sick leave ordinance, most domestic workers have not benefited. Usually they work for multiple households, making it cumbersome to accumulate enough sick leave with any one employer. Those employers may not be aware of the requirement. In a survey last year, only 17% of domestic workers reported getting any paid time off, and only a third of those had even one paid day off in the previous year for sick leave, vacation or a holiday.

Arana, 33, who works in San Francisco and lives in Oakland with her construction-worker husband and two sons, a 3-year-old and 10-month-old, said she’d appreciate the benefit so she could take her children to medical appointments.

She said she still thinks about the miscarriage, which happened before her older son was born. Her husband was out of work at the time.

“I was forced to go to work; we had no other choice because we had to pay the rent,” she said in Spanish through an interpreter.

Last year Ronen and the California Domestic Workers Coalition set up a San Francisco Domestic Work Dignity Council to bring together workers, employers and city representatives to set industry standards. But rather than spend months talking about goals, they decided to leap into action with the legislation, Ronen said.

“This is not symbolic or aspirational,” she said. “It is a material benefit. It’s real and it’s meaningful.”

Next, Ronen, who helped write the state’s 2013 Domestic Worker Bill of Rights, which mandates overtime pay, hopes to explore ways to provide domestic workers with other benefits like health insurance and retirement.

“This provides great hope for us,” she said in Spanish through an interpreter about the proposed ordinance.

“The biggest thing we seek is equality. We see other workers having the opportunity to take time off when they’re sick or need to take care of their families, but we don’t have that right. This legislation will put us on equal footing.”

View All Posts by Jenni Martinez