The Local Fight to End Sexual Assault in Low-Wage Jobs 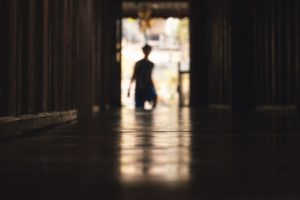 “For ten years, Tina has been cleaning rooms at a hotel in downtown Chicago. Her shift usually goes from 8 a.m. to 4 p.m., but occasionally, she’ll work overtime late into the night. “There’s nobody around,” she told me. “If something happened and you screamed, I don’t think anybody would be able to hear you.”And things have happened. From time to time, male guests have opened the doors without clothes on. But because they’re guests, Tina has been unable to express that she is uncomfortable or walk away. She’s been particularly nervous since one of her colleagues was physically attacked while cleaning a room.“I go to work to work—not to have to sit there and wonder if I’m going to be attacked,” said Tina, who declined to provide her full name for fear of retribution. “I jump up every time I hear a door close, or if I hear someone talking in the hallway, I have to get up and look.”Workers like Tina are still largely left out of the national #MeToo campaign that’s helping reveal allegations of sexual assault. But they suffer particularly high rates of abuse, driven in part by the nature of their workplaces and power dynamics with their employers and customers. This can be exacerbated by their race, income, and immigration status. But despite their vulnerability, federal and state protections often do not reach them. So the fight to make their workplaces safer is largely taking place at the local level.

“There have been really interesting efforts locally and at the statewide level to really grapple with this problem as it comes to light,”said Bernice Yeung, a reporter for Reveal from The Center for Investigative Reporting and author of forthcoming book In a Day’s Work: The Fight to End Sexual Violence Against America’s Most Vulnerable Workers. “There have been a lot of worker centers, workers’ organizations, and unions that have really pushed these legislative campaigns and really persisted.”In the spring of 2016, Tina participated in and helped conduct a survey on workplace sexual assault, with UNITE HERE Local 1, a union that represents hospitality workers in the Chicagoland area. The findings, later released in a report, were staggering. Of the 500 women asked, 58 percent of the hotel workers reported unwanted behavior from guests, including flashing, groping, or sexual coercion. Of casino workers and cocktail servers, 77 percent said they were groped, pinched, grabbed, or otherwise touched without consent. Only 33 percent of the workers said they complained to management; the rest did not feel their concerns would be addressed.

“I jump up every time I hear a door close, or if I hear someone talking in the hallway, I have to get up and look.”

There are particular aspects of the housekeeping job that make it unsafe for these women. It requires them to work inside closed spaces, away from video camera surveillance, and often with male guests who have a great deal more clout. “In any of the discussions around sexual harassment, it’s often about power,” said Sarah Lyons, a research analyst at UNITE HERE Local 1. “There is a very striking power imbalance between a woman who is cleaning a room and the man who often can spend hundreds of dollars a night on that room.”In Chicago, using UNITE HERE’s report as a launchpad, the Chicago Federation of Labor spearheaded legislation asking employers to put in greater protections. The city passed a law in October that, among other things, mandates employers provide a panic button that hotel workers can use to call hotel security if they feel unsafe. New York’s hotel workers got one after assault allegations against then-International Monetary Fund (IMF) chief Dominique Strauss-Kahn surfaced.

That provision was added after the UNITE HERE survey in Chicago found that 96 percent of housekeepers would feel safer with a panic button. Currently, they’re not allowed to carry anything but their cleaning supplies, Tina said, so having a wireless device that immediately hails on-site help goes a long way in alleviating her anxiety. The hotel lobby, however, is opposing them, according to the Huffington Post, arguing that it’s a “fig leaf” that masks other workplace policy changes.But the panic button is just one part of a larger campaign “to break open the silence around the idea that guests can even be sexual harassers,” Lyons said. The campaign and the resulting ordinance highlight the need to tailor protections to particular types of jobs and the demographics of the workers who do them.Like many women doing low-wage jobs, those in the hospitality industry cannot afford to quit when they face harassment because they’re living paycheck-to-paycheck. If they speak up, they fear that they may be fired instead of believed. Worse: If they’re undocumented, they may be deported. “The lack of financial safety net creates a different dynamic than those of us in, say, media or politics might have to consider when trying to leave really abusive work environments,” said Yeung, who has been writing about sexual assault in low-wage professions since 2012. “Then you have to consider issues that are pretty straight up logistical: language barriers and awareness of sexual harassment laws.”

Domestic work, which has historically been performed by enslaved and oppressed women in particular, can have even more exploitative working conditions with severely limited protection for employees who work for one individual or family. “Since the existence of domestic work, it’s never been seen as dignified work,” said Juana Flores, a former domestic worker who heads Mujeres Unidas y Activas (MUA), a group providing support and services to immigrant women in the Bay Area. “[Domestic workers] are considered as a receptacle for whatever—they’re a dumping ground for your thoughts, but also for sexual needs. They’re used in that way,” Flores said in Spanish. Assault comes tucked into a larger package of grim working conditions for many domestic workers: informal agreements, wage theft, and rampant trafficking. Labor protections offered by the U.S. Equal Employment Opportunity Commission (EEOC) only pertain to workplaces with 15 or more employees. And state level protections are often crafted similarly, and so do not include domestic workers. Even where there is protection, it is not always communicated to the workers in a culturally competent manner, Flores said. That’s why organizations like MUA have to step in, providing know-your-rights training, hotlines, and counseling services for workers who’ve experienced harassment or assault.”