During the nomination process in December and January, leaders across the country were alarmed by President Donald Trump’s selection to lead the Department of Justice.

As a US Senator, Sessions opposed the Voting Rights Act and has a history of making racist comments, including reportedly saying he thought the Ku Klux Klan was “okay until I found out they smoked pot.”

In a 1986 letter opposing Sessions’ federal judgeship application, Coretta Scott King wrote, “Mr. Sessions has used the awesome powers of his office in a shabby attempt to intimidate and frighten elderly Black voters.”

“The irony of Mr. Sessions’ nomination is that, if confirmed, he will be given a life tenure for doing with a federal prosecution what the local sheriffs accomplished twenty years ago with clubs and cattle prods,” the letter continues.

“I believe his confirmation would have a devastating effect on not only the judicial system in Alabama, but also on the progress we have made toward fulfilling my husband’s dream.”

Sessions was not confirmed for the federal position over concerns about his history of racist comments.

Last year, several local leaders also spoke out against Sessions’ nomination for Attorney General due to his strict advocacy of anti-immigration policies and his opposition to legislation that provides a path to citizenship for immigrants.

Congresswoman Barbara Lee, whose district consists of Alameda County, condemned his confirmation, calling it “outrageous and appalling” and an indication that Trump will “lead a relentless assault against (civil rights) progress.”

While leaders and community members across the country denounced Sessions’ nomination, Sheriff Ahern co-signed the endorsement letter that was sent on behalf of the California State Sheriff’s Association (CSSA).

Ahern is a chairman of the organization’s Political Action Committee.

“It is clear from your service in the U.S. Senate that you place a high priority on upholding the rule of law, supporting our nation’s military and law enforcement, and requiring the utmost integrity of yourself and those that serve with you,” the letter from the CSSA states.

After the letter surfaced earlier this week, a coalition of local immigrant rights groups demanded that Ahern apologize for his endorsement and make necessary changes to his department’s policies to play no part in Trump’s agenda.

Alameda County United in Defense of Immigrant Rights (ACUDIR), which includes Causa Justa: Just Cause, ACCE and Mujeres Unidas y Activas, wrote, “Sheriff Ahern and the Sheriffs Association are, simply put, on the wrong side of history. They must … completely separate themselves from Trump’s cruel deportation machine – and his hateful ideology.”

In an interview with the East Bay Express, Ahern said he did not personally sign the letter but that his signature was electronically added as it is routinely to all of the association’s letters, although he did vote to send the letter of support.

“We have to work with these people in the future. This builds a better relationship if we have a letter of support on file,” said Ahern.

Ahern told the Express that if the association disagrees with Sessions, the group would push back.

“If we opposed any type of actions or anything like that, we do author those types of letters too, and say we object to what’s going on,” he said. 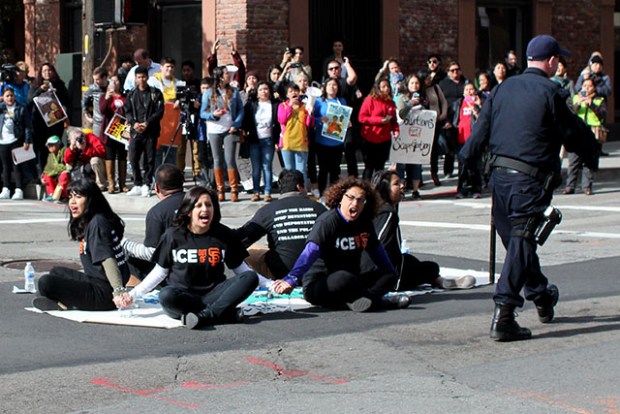 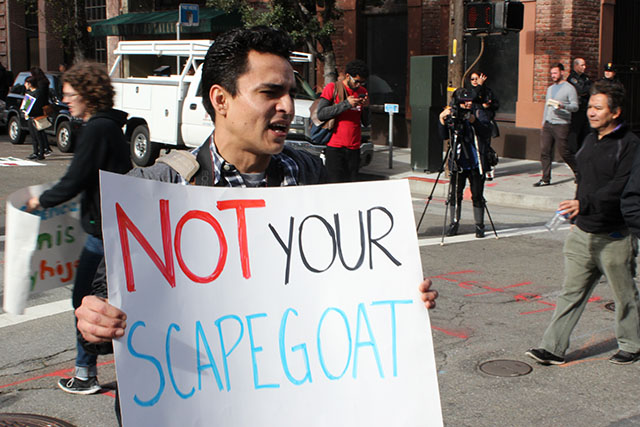 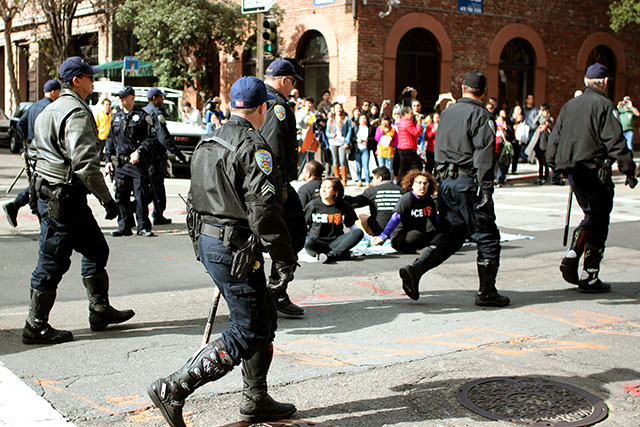 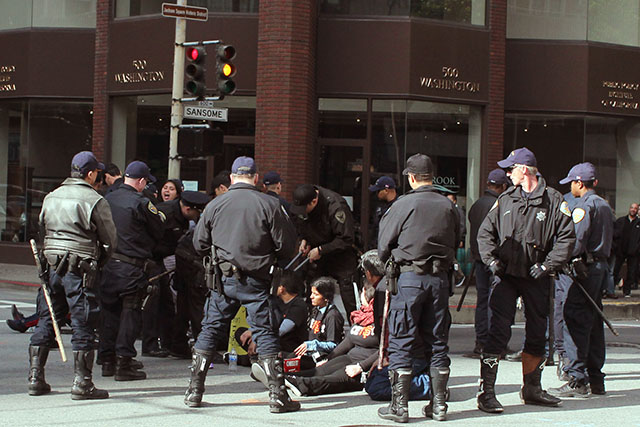 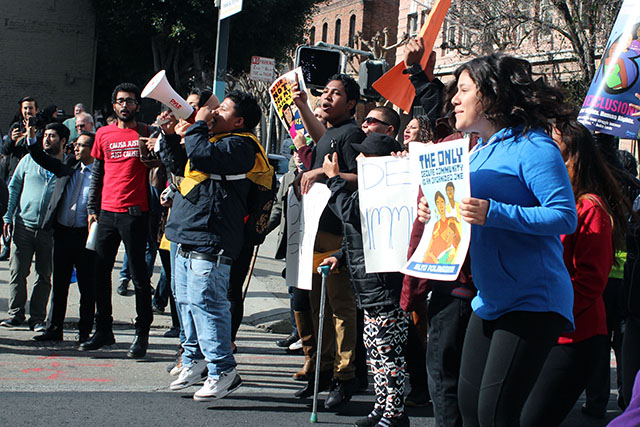 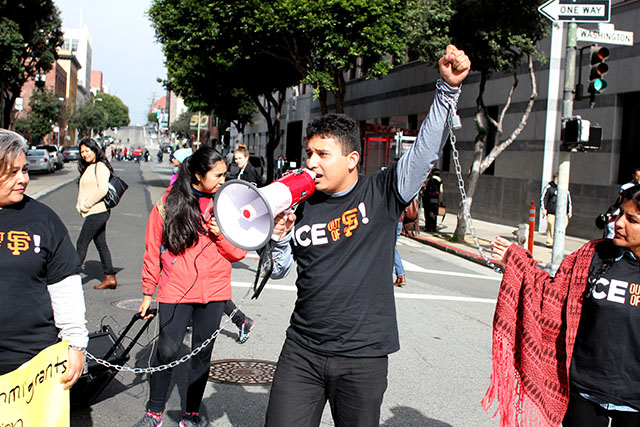 Filed under: Featured, MUA in the News, News by MUA - Mujeres Unidas y Activas
Comments Off on Activists Protesting Deportations Arrested in SF